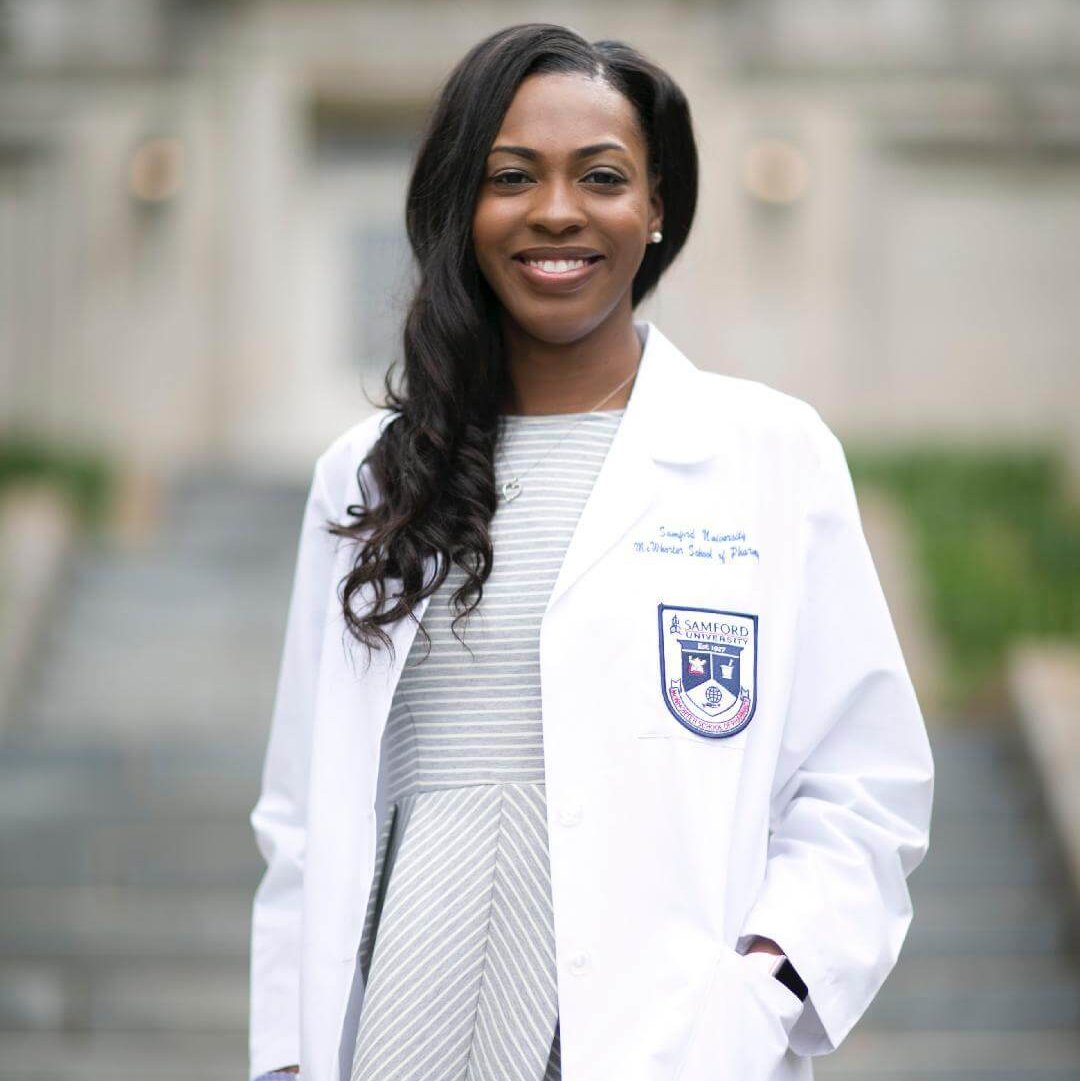 Dr. Caitlyn Jones is a native of Gadsden, AL. She was educated in the Gadsden City School system where she excelled as an honor student, athlete and community volunteer. Upon graduating from Gadsden City High School in 2008, Dr. Jones attended the University of Alabama where she received a Bachelor of Science degree in Biology in 2012. Dr. Jones pursed her dream of becoming a pharmacist at Samford University’s McWhorter School of Pharmacy where she earned a second Bachelor of Science degree in Pharmacy Studies, as well as a Doctorate of Pharmacy. As a graduate student at Samford University, Dr. Jones continued to be highly involved in the surrounding communities of Birmingham, AL and maintained membership in numerous student-led organizations. She served as president of the Student National Pharmaceutical Association (SNPhA) who’s mission was “dedicated to serving the underserved”. Dr. Jones also was granted membership into the Phi Lambda Sigma Pharmacy Leadership Society during her time at McWhorter School of Pharmacy.

Dr. Jones currently serves as a Clinical Pharmacist at Quality of Life Health Services, Inc., as well as Staff Pharmacist for Walmart Pharmacy. Dr. Jones has returned to her hometown of Gadsden, AL and enjoys spending time with her family, friends, and pet Maltese, Chase. Above all else, Caitlyn’s most rewarding pastime is giving back to her community and serving as a role model for the future leaders of our world.