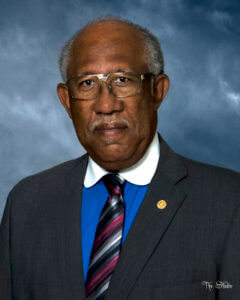 Wayne Rowe has served as the Chief Executive Officer of Quality of Life Health Services, Inc., since 1982. Mr. Rowe is a graduate of Carver High School and received a Bachelor’s Degree and Master of Public Administration Degree from Jacksonville State University, 1976 and 1978. He began his professional career in health care services as a Health Planner with the Health Systems Agency, Region IV of Alabama, in 1976. He worked a short while at Jacksonville State University, helping to develop and operate a County Regional Perinatal Program for the Department of Nursing. Mr. Rowe has served as the Chief Executive Officer of Quality of Life Health Services, Inc. for the past thirty four (34) years. He is directly accountable for a budget over 30 million dollars annually and over 300 employees. As the Chief Executive Officer of the private, non-profit corporation, Mr. Rowe is also responsible for operation of a Public Housing Program, which provides primary care services to residents of the Greater Gadsden Housing Authority. Mr. Rowe led the development of one of the first school based health centers in the state of Alabama. Mr. Rowe is also responsible for overseeing new ancillary programs, 22 Community Health Center Sites throughout Central Northeast Alabama, which serves over 100 thousand individuals in an 18-county area. Mr. Rowe has over thirty (30) years experience working with congress to advance healthcare legislation. Mr. Rowe is married to Amelia Ford Rowe and has five (5) children: Stephanie, Dewayne, Jennifer, Tristian, and Lauren, and twelve (12) grandchildren. Mr. Wayne C. Rowe is a member of the Alabama Primary Health Care Association. He is also a member of the National Association of Community Health Centers, Jacksonville State University International Student Housing Board, Etowah County Kidney Foundation, Regions Bank Board of Directors, and the American Public Health Association. Mr. Rowe also serves as a Board member for the Gadsden/Etowah Chamber of Commerce and a Board member of the Industrial Development Authority. Mr. Rowe previously served 12 years as a Board member of the Gadsden City Board of Education, and holds the distinct honor for serving as the first African American Board President.